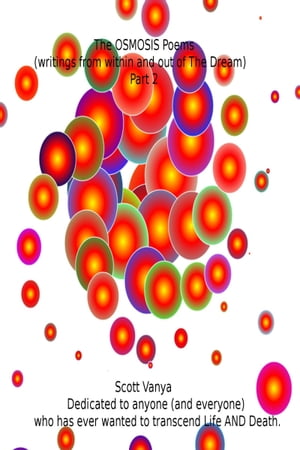 ＜p＞The OSMOSIS Poems - writings from within and out of The Dream - Part 2＜/p＞＜p＞The work I was doing exploring Emptiness, as the holiness that projects out through us into this space The Earth, produced many, many poems of a similar nature: The OSMOSIS Poems.＜br /＞The collected books, in four parts, spans, that period and encompasses large portions of 2012 and 2013.＜br /＞No attempt is made to hide anything from the reader, rather like the archeologist uncovering long buried treasures, I channeled what I found in that place into this place. Largely I was "moved" to write and these are how the works came.＜br /＞They are all tinged with a sense of human compassion and "get along-ness" that i am so fond of. Without that, this world just wouldn't make any sense at all.＜br /＞I think you will see what I mean, and do suggest you read all four parts, as more often than not I was turning over a jewel in my hand and at each poem, a new light was caught.＜br /＞Peace.＜/p＞画面が切り替わりますので、しばらくお待ち下さい。